Topaz is a truly beautiful and unique mineral that is commonly used as a gemstone in jewelry due to its wide range of color varieties. A versatile semi-precious gemstone, topaz can be found worldwide in countries such as Russia, Sri Lanka, Pakistan, and Brazil, and has been around for thousands of years.

Aesthetically pleasing and fairly durable, this gem has found a number of uses over the centuries, including as jewelry.

Due to the fact that there are so many different shades of topaz, it's a natural choice for many types of jewelry, such as rings, earrings, necklaces, pendants, and bracelets. Since it is often found in large sizes that do not have visible flaws and inclusions, it is a popular choice for many items, ranging from jewelry with delicate topaz accents to those with larger stones and statement pieces. This gemstone naturally occurs in an elongated or columnar shape, so you often see it done in a pear or oval cut in jewelry. However, it is also done in many other standard and unique cuts.

Topaz is rated as an eight on the Mohs Scale of Hardness, which is harder than quartz and about one-sixteenth of the hardness of a diamond. Since a gemstone's hardness helps it resist scratches and abrasions, topaz is considered fairly durable. This makes it suitable for virtually any jewelry mounting, though jewelers typically set valuable topaz in protective settings. It is also ideal for items that aren't exposed to extra wear, such as pendants and pins.

However, due to its crystal structure, it can be fragile when struck at the right angle. As with many types of gemstone jewelry, you need to be careful when wearing items with topaz. 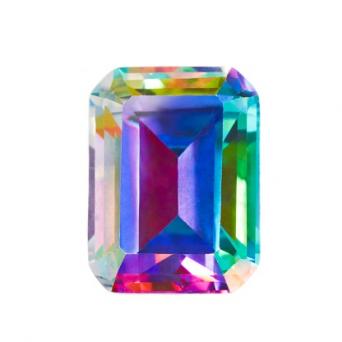 Blue, orange, and pink are the hues that are most often cut as jewelry gemstones, with colorless, clear topaz becoming increasingly popular as a cheaper alternative to diamond. However, you can also find green and brown varieties of topaz in jewelry.

Blue topaz only just started to become common in the 1970s and 1980s, when experts discovered that they could treat colorless topaz to produce a more marketable gemstone. In the past, jewelry stores carried topaz of the yellow, orange, and brown varieties only. Today, blue topaz is sometimes mistaken for Aquamarine, but still considered as the most popular hue of this stone for jewelry purposes.

Today, most of the topaz jewelry pieces that you find in malls and department stores have been treated in a laboratory during production. Laboratory specialists heat, irradiate, and coat the gemstone with thin layers of metallic oxides to alter its color.

In addition to treating the blue hues, which as known by trade as "Swiss blue" and "London blue" in the current jewelry market, they also create the pink and purple varieties. It's extremely rare to obtain pink to purple topaz naturally. To do this, laboratory specialists cut a stone from colorless topaz, heat it, and coat it with just one layer of metallic oxide to produce the pink to purple color.

Mystic topaz is also becoming a trend. This is a coloration that occurs when the gemstone is coated in metallic oxide until it gives a multi-colored iridescent luster. This rainbow-like topaz actually changes hue if the stone is moved or put under a light - and is considered very pretty for jewelry purposes.

The only downside to these color treatments is that, over time, the coating wears thin or wears through parts of the stone after abrasion. Therefore, it's important to be aware of this and take appropriate care of any topaz jewelry piece.

The following are some useful facts you should know when shopping for topaz jewelry.

Other Uses Of Topaz

Jewelry might be the most common use for topaz, but it also has other popular uses.

Yellow topaz is the birthstone for those born in the month of November. However, citrine is sometimes substituted because this gem is less expensive than genuine topaz.

Blue topaz is also one of the gems used as birthstones for the month of December. 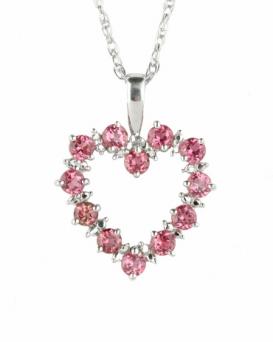 Two types of topaz are considered traditional anniversary gemstones. While anniversary rings are one of the most popular jewelry items, any jewelry with this gemstone is appropriate.

Traditionally, wearing yellow topaz is said to increase your ability to give love and accept it in return. Much like yellow roses, this variety of topaz also stands for friendship, so don't be afraid to present a close friend with a birthstone gift.

Many people believe that different types of crystals give off their own energy frequency, and that these waves of energy can have particular effects on the human mind and body. Whether or not you subscribe to these beliefs, it is fascinating to know what topaz is used for under these circumstances.

Topaz is believed to:

It's said that the ancient peoples held particular beliefs about the power of topaz. In keeping with some of properties listed under crystal powers:

Topaz can be used in many types of jewelry to create wonderful, timeless pieces, but it also has many other uses as well. Whether you're an avid topaz jewelry collector, interested in giving this type of jewelry as a gift, or just have a keen interest in gemstones, you can't deny just how versatile topaz really is.

Comments
© 2006-2021 LoveToKnow, Corp., except where otherwise noted. All Rights Reserved.
What Is Topaz Used For?