While most people would recognize that the garnet is the January birthstone, many might not realize that the rose quartz is actually a secondary, inexpensive option for those with early-bird birthdays. Centered around themes of love and healing, wearing either of these gemstones is a perfect way for anyone to start off the new year. Whether you're a proud January baby or you're fascinated by the symbology of gemstones, take a deeper look at January's two birthstones, and see which one of them you plan to buy next.

The Original January Birthstone Is Garnet

Garnets are gemstones that are best recognized for their deep red hues, although they do come in a myriad of other colors ranging from oranges, yellows, and even rare greens. Specifically, garnet actually represents a group of minerals: pyrope, almandine, spessartine, grossular, and andradite. Pyrope garnets are the richly red stones which are often used to mimic rubies and are what inspired the name 'garnet' after the archaic Latin's terminology that describes pomegranate seeds. Garnets were utilized by ancient cultures as protective stones and had undulating bouts of popularity over the next few thousand years, recently seeing a resurgence in consumer interest in the blood red gemstone. On average, garnet jewelry is going to cost you a few hundred dollars, though particularly rare and unusually colored garnets can cost you a few thousand. 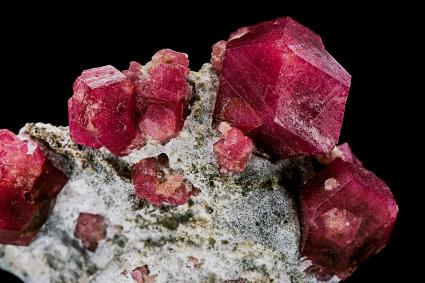 Garnets have been actively used in decoration for thousands of years, with the gemstone having a particularly lucrative revival in the Bohemian region of Europe where garnet deposits were discovered in the 16th century. Quickly, the garnet trade became centered in Bohemia and Bohemian artisans were well-renowned for their jewelry making. In fact, the Smithsonian has one such piece in their collection - an antique hair comb outfitted with Bohemian garnets. Pyrope garnets were particularly popular during the Victorian era, though they did see a decline in popularity for much of the 20th century.

Ancient cultures encrusted their clothing with garnets as a means of protection, while most of these people associated garnets with having healing properties. Inspired by the Greek myth of Persephone and the pomegranate, these deep red stones have been feted as a token to ensure that someone will come back home to you. Additionally, the calming essence that's evoked from garnets makes them a great choice for people who need a stabilizing force in their life.

Rose quartz is a much more recent addition to the birthstone chart and is easily identified by both its milky pink color and the unique swirling patterns that flow throughout the stone. Since quartz stones aren't typically cut in the same style that translucent gemstones are, you're less likely to find typical quartz jewelry. Often these pieces are crafted in such a way as to keep a sense of the natural roughness of the stone itself. Since rose quartz is incredibly abundant, you can purchase whole pounds of the material for much cheaper than you can January's main birthstone. 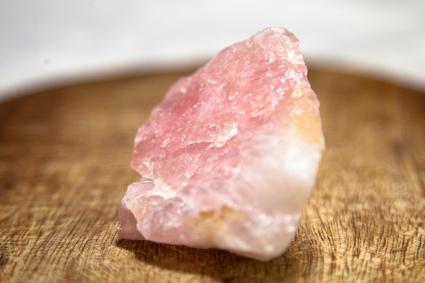 Rose quartz has deep mystical roots, historically being used in rituals, early modern medicine, and witchcraft. Whether it was ground down to be used as an ingredient or worn around the neck, rose quartz has been harvested and utilized by humans for hundreds of years. With the rise of modern witchcraft and a renewed interest in the spiritual arts, common natural materials like quartz have seen a resurgence in popularity that doesn't have any indication of stopping anytime soon.

Rose quartz has deep connections to the idea of love and communication. Many practitioners of magic enjoy rose quartz because of its purifying capabilities, and the modern beauty industry has also acknowledged these refreshing qualities, going so far as to market rose quartz tools that can smooth and brighten the face. If you're looking to increase your sensitivity to the love around you or to better connect with your loved ones, start carrying a piece of rose quartz around with you and let it open both your heart and mind.

How to Care for Garnet and Rose Quartz Jewelry

A surefire way to clean most gemstones, garnets and rose quartz included, is to use a mild soap and water to wash off the dirt and grime that builds up on them from continuous wear. Since garnets are mostly placed into settings, you want to be careful not to soak them for too long in the water or else they might come loose from their settings. In terms of storing, rose quartz is a rather formidable stone and can be stored in a jewelry dish or box with your other trinkets; however, garnets only rank about a 6.5-7 on the Mohs hardness scale, meaning they're a bit of a softer stone and would be best kept in a cloth pouch or separate box away from other jewelry.

Both January birthstones are perfect for all types of jewelry lovers - those who enjoy the soft, feminine aesthetic can gravitate towards the rose quartz, while those with a flair for the dramatic can select a deep red garnet to add to their collection. Thankfully, unlike many of the other birthstones, January babies have a really affordable secondary stone option in the rose quartz, and so every January baby can represent their month with pride no matter their price point.