Featuring frosty blues appropriate for the start of the winter season, each December birthstone befits those born in the last month of the year. Ranging from bright blue-greens to deep violets, the three birthstones for December come from around the world and represent deep historic roots to ancient cultures and spirituality. Check out December's three birthstones and see which of the three you plan on purchasing first.

Turquoise has been collected and used for ornamentation, healing practices, and tokens of protection by humans for thousands of years. With deep roots in the indigenous communities across North America, deposits of the copper and aluminum mineral are still harvested from the American southwest, and native communities continue to make turquoise jewelry in the processes taught to them by their ancestors. Well-known for its bluish-green hue, turquoise is often harvested with matrixes (remnants of the original rock the stone was formed in) running throughout the stones, adding to its earthy appearance. With a Mohs hardness of 5-6, the stone is not perfect for everyday wear, but can be frequently worn if paired with highly protective settings. 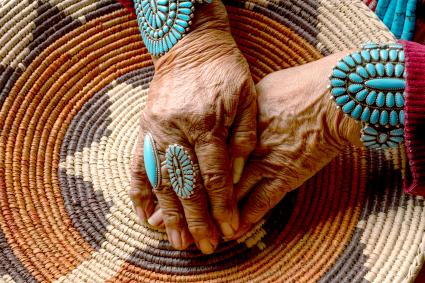 Interestingly, while turquoise remains incredibly important to many indigenous communities, it was associated with many differing and contradictory attributes. For example, the Apache believed attaching turquoise to a weapon could make it more accurate while the Pueblo believed turquoise received its color directly from the sky. Generally speaking, turquoise is most often associated with its protective properties.

Turquoise is a moderately affordable gemstone; you can find fractions of a carat for under a $100, but some particularly large turquoise deposits can be worth upwards of a $1,000. Turquoises mined from the Sleeping Beauty mine, which is now closed, are particularly desirable and costly.

Tanzanite is one of the most recent additions to the birthstone chart having been added as a secondary stone for December in 2002. Harvested from the Merelani Hills in northern Tanzania, Tanzanite actually starts as a brown-colored zoisite. This mineral is then heat treated in such a way that it produces a spectrum of blue and violet hues, permanently changing the zoisite into this specific Tanzanite stone. Since it has only available in Tanzania, the stone is considered rather rare. Yet, it's 6-7 grade on the Mohs hardness scale makes it a beautiful stone that should not be worn during vigorous activity. 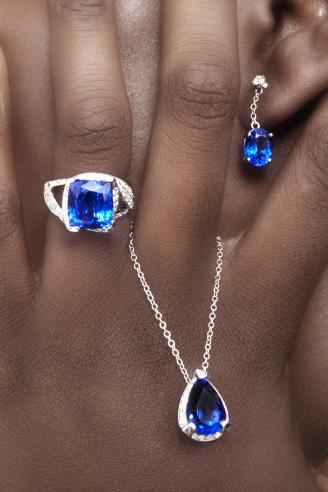 Metaphysically, tanzanite is said to be connected to the crown and throat chakras, serving to help alleviate skin, throat, and lung diseases while also imbuing the wearer with the ability to positively move into the future with an optimistic outlook. Thus, if you're finding yourself in a particularly pessimistic slump, perhaps try adding some tanzanite jewelry into your wardrobe and see if you find your spirits lifting.

According to Tanzanite Jewelry Designs, the current costs for a carat of the highest quality tanzanite is around $425. Yet, with the effect of the global pandemic, tanzanite values have decreased between 20-30%, meaning it's a great opportunity to buy tanzanite jewelry right now. If you're looking for even cheaper alternatives, you can absolutely find tanzanite stones with not as high quality coloring for under $100.

Zircon is another of December's secondary birthstones and has been around nearly as long as our planet has. This stone comes in a variety of hues, though the light blue that heat treatment produces is the preferred option for the birthstone chart. Found in South America, South Africa, and Southeast Asia, Zircon shouldn't be confused with cubic zirconia - the diamond substitute. Interestingly, scientists still aren't exactly sure how zircon varieties are formed in the earth's crust, only that it produces a wide range of colors and stems from liquified acid magmas. In terms of adornment, people particularly enjoy zircon because of its high refractive index, which means the light bounces beautifully off of the stone. 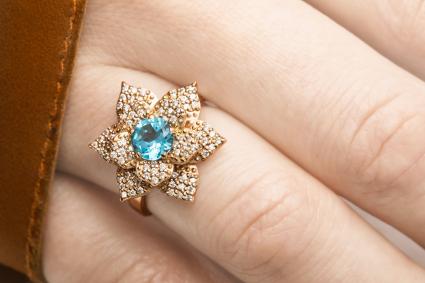 Unlike many other stones, zircon first really appears in the historical record in religious texts of the Medieval period, describing the stone as a deterrent from death, poisons, and evil spirits. In a contemporary context, zircon is supposed to help with mental health conditions and is beneficial in relieving hormonal, adrenal, and liver problems. Additionally, zircon is supposed to help mitigate your feelings of grief associated with the loss of a loved one.

Zircon isn't a particularly expensive gemstone, and costs about the same as many other colored gems found in your local jewelry stores. Depending on the stone's color quality and size, you can find examples of light blue zircon for under $100, though the richer colored stones will cost you closer to $500.

None of December's birthstones should be cleaned using an ultrasonic cleaner or a steam cleaner because of the damaging effects they can have on the stones. Rather, you should clean your zircon, tanzanite, or turquoise jewelry using a mild soap and water mixture, making sure to gently wipe away the dirt and grime that builds up over time. Given that each of December's birthstones share a similar hardness, they should all be kept in a soft pouch away from other stones, especially those with a higher hardness such as rubies or diamonds.

Make It a Blue Christmas With December Birthstone Jewelry

Make this Christmas a blue Christmas by buying yourself a new necklace or ring with your favorite December birthstone in it. There's no better way to ring in the winter solstice than with a new accessory featuring any one of these wintry stones.