Items such as antique chased, engraved lockets, silver Victorian chains and other similarly ornate items of jewelry are all styles reflective of the Victorian era.

The Victorian era is defined by the reign of the British Queen, Victoria, who reigned from 1837 to 1901. During this time, society was changing and jewelry was becoming more accessible to a wider group of people. People often enjoyed and wore a piece of jewelry such as a locket to carry a memento of a loved one around, for instance a lock of hair, a painted portrait or later a photograph.

Embossed, chased and engraved jewelry, such as lockets, were extremely popular, particularly in the early Victorian period, as precious metals were in short supply. The decorative techniques of embossing, chasing and engraving all gave the illusion of mass and substance, giving an impression of larger items containing more gold, silver or precious metals. The techniques typically involved rolling out thin pieces of metal and then working patterns into the surface, giving raised and detailed surface design. The surface might also be decorated with gemstones, and other items such as coral and jet, which was so loved by the Victorians.

These key techniques were extremely popular in the Victorian period to decorate jewelry.

Embossing is the technique of raising the surface of a piece of metal by hammering from the reverse side. Using a range of tools, different shapes and symbols are formed into the metal, and this gives the impression of domes and raised surfaces from the front.

Chasing metal is a technique which is worked from the front. Using a set of small punches, patterns are worked into the surface of the metal to form decoration.

Engraving gouges or carves into the metal. A range of tools are used which will cut into the surface. This is used for lettering, and also for bringing the illusion of facets to the surface of metal.

Silver lockets are often found with rich surface texture and decoration. Being hollow items, both parts of the locket could be decorated, again enhancing the overall image of the finished piece. Messages, sometimes in code, would be engraved within the locket. Victorians enjoyed the private nature of a locket as well as messages engraved into the surface, sometimes leaving secret love messages left in other ways. For instance using the first letters of the gems set, (e.g. Dear spelled out with a Diamond, Emerald, Amethyst, Ruby). They would also use the mythical qualities of certain gems to convey messages: rubies for passion, sapphires for spirituality and emeralds for faithfulness were popular. This trend continued into the early 1900s.

If the locket does not come complete with a chain, then a chain will need to be purchased to go with it. The ornate nature of a chased and embossed locket means that a substantial and perhaps fancy chain will be best suited. Check the clasp before buying such a chain, and if in doubt get the clasp changed or at the very least, fit a safety catch. 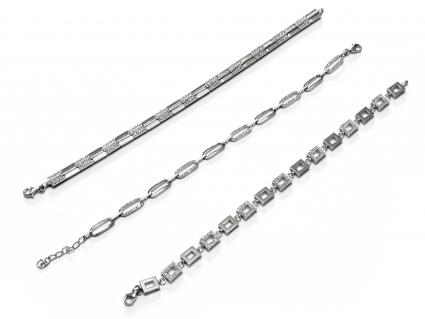 Caring for your Antique, Chased, Engraved Locket, Silver Victorian Chains and Other Items of Vintage Jewelry